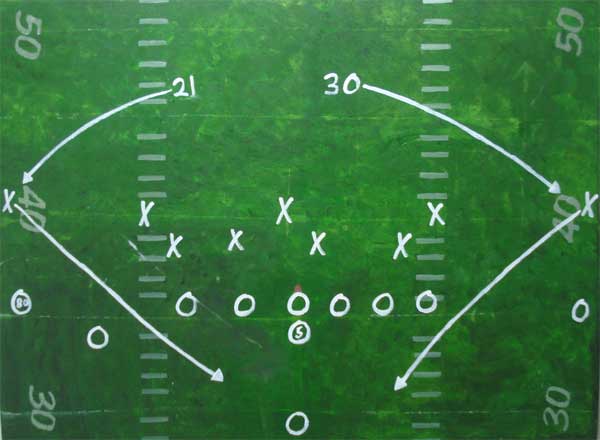 It’s very probably true to say that Afghanistan is in a bit of a mess. This isn’t helped, however, when I hear people on the radio say things like “The strategy was to get the Taliban out.” That’s not a strategy. It’s an objective. And it probably isn’t even an objective because I doubt it’s achievable.

I keep coming up against this. People don’t know the difference between a strategy, an objective, and a tactic. And yet they apply equally to communications as they do to war operations.

Some people say they’re interchangeable. They’re not. And there are ways of thinking about them that can really help figure out which is which.

Objectives are things you want to achieve. Sometimes objectives can be very easily stated – “We intend to place a man on the moon before the decade is out”, for example – and sometimes they are not. Often, in communications, objectives will be along the lines of increasing awareness or, online, increasing links to communities.

Either way, they need to be specific, measureable, achievable, realistic, and timely. So it’s no use saying you’re going to place 100 articles in the broadsheets by the end of the month, because while it’s specific, measurable and timely, it’s not achievable, unless you have 100 account executives working on the case in which case it might just about be realistic.

These are all ways of saying the same thing: you need to know where you are now, where you want to be, and have ways and means of knowing when you’re there. So, it follows that objectives necessitate measurement. You set targets and you measure your progress toward them.

To understand objectives, try to visualise what success looks like. From that you can work backwards and see what you need to aim for to get there.

This is the top-level way in which you want to achieve your objectives. It’s often stated in a single phrase, so a strategy for getting a man on the moon would be to combine government-funded agencies with contract staff, for example. A strategy to convince people not to smoke might be to persuade them of the positive effects of giving up rather than scaring the bejeezus out of them with pictures of black lungs.

If you want to figure out whether something’s a strategy or a tactic, ask yourself “How would I do this?” If there’s just one thing, it’s a tactic, because you’ve already boiled it down to a single action. If the answers come thick and fast, it’s a strategy, because there are plainly lots of things you need to do to follow the strategy successfully. And these things are…

These are the things you do. To land a man on the moon, following the public/private strategy, you would need to start thinking about which companies can help, who has experience, what is the latest state of research, where the money will come from, and so on. These are all tactics. In communications, if you’re going to stop people smoking using positive imagery, you’d get on the phone to medical experts, self-help groups, lifestyle gurus, etc.

Think of a tactic as a step. You are where you are now, and you want to get somewhere else. You need to take steps to get there. Each step is a tactic. Which brings me to the idea of…

Your comms work will help them change, and this is an important point. You’re helping them with processes that roll out over time, not discrete events that just happen.

Still, as I said, there are lots of opinions out there. These are mine. I’m prepared to have them changed if anyone can suggest a better way of thinking about them…!