I was scratching around for something interesting to say when I noticed, in my Google Docs ‘Blog ideas’ document, a passing mention of an interesting Yahoo Pipe I’d seen some time ago. So, I took a closer look – and, in the process, found the guy who’d created it.

It’s called the Ogilvy Blog Aggregator and you can see it here (although if you take a look, be careful, the Yahoo Pipes editing interface seems to have changed so you’ll need Firefox, Opera or IE7 to see it). It looks like it’s taking a load of feeds via Feedburner from other Ogilvy bloggers and mashing them up into one feed.

The reason it stood out for me was the juxtaposition of a PR company’s name – Ogilvy – alongside ‘Blog’ and ‘Aggregator’, especially when a second glance showed it to be using Yahoo Pipes.

“A PR company?” thought I. “Using a Blog Aggregator? In Yahoo Pipes? I must find out more!”

I’ve only cursorily looked into Yahoo Pipes. I created one once but then found that it tended to chuck out the same content on a daily basis, and so decided to move on rather than fix it. The feeds to the right of this page are aggregated using Google Reader, but it would be an interesting project to try and recreate them in Yahoo Pipes too.

What I like about the pipe is the innovative use of the BabelFish translator. If you haven’t used BabelFish before, it first appeared on AltaVista many moons ago and supposedly translated between languages. This it does sufficiently well to understand the gist of some text – here, for example, is a translation of the recent German comment on my Social Media Resource – but sometimes it does get it a bit wrong. To see what I mean try translating this into, say, French, then back into English.

Anyway, Giles’s pipe makes great use of BabelFish to translate content from Italian, Spanish, French and German, and it looks like this:

Isn’t she lovely? And already added to the Social Media Resource. You can see the pipe’s output by subscribing here.

I think the use BabelFish in this manner ties in with a video I recently saw on the HP Corporate TV website. In it, John Battelle hosts a discussion on the impact of Web 2.0 but what really interests me is his preamble. He talks about the move from back-office (data reports), to front-office (applications), to essentially out-of-office (the web, and back to the company), and how each era had a distinct interface mode: command-line for data; point-and-click for information; and now search for the web (which, I guess, you would class as knowledge in that it feeds information back to source and thereby provides a basis for ‘knowing’ about behaviour rather than inferring it from information). And yet, with all this sophistication, we’re back to using the command line interface for the search. 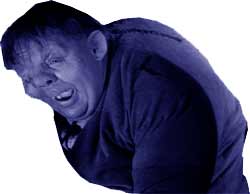 It’s my hunch that the command line search interface will continue to power the web, but that, instead of people using it, applications will reference it as a layer. So, I used to refer to BabelFish by copying and pasting some text, or referring to a website. But now, Yahoo Pipes is referring to it as a means to translation. In the same way, I’ve already seen how Photosynth uses the search analogy underlying its pictorial composition.

As for the dude who put the pipe together, he’s Giles Rhys-Jones and he’s a director at Ogilvy, London. He runs the Interactive Marketing Trends blog but he’s also pretty much all over the place too. What it must be to have a director so clued-up with this stuff…

6 thoughts on “The Ogilvy Blog Aggregator: Pipes across the world”