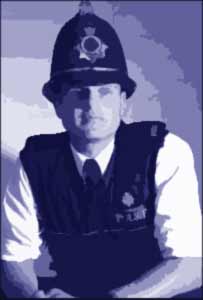 From a policeman blogging anonymously about the privations of bureaucracy we get a Panorama edition; and from the (fictional?) accounts of a prostitute, we get a TV drama.

First, the blogging bobby: Stuart Davidson has been revealed as the blogger behind The Policeman’s blog. In it, he described how forces spent inordinate amounts of time with paperwork, to the extent that they were reluctant to carry out certain arrests given the prospect of filling in a 27B/6. Tonight there is a Panorama programme on BBC1 profiling Davidson’s reality of modern-day policing.

Meanwhile, Billie Piper is to play Belle de Jour, based on the blog (and consequent book) of the same name (reported wittily under the title ‘Billie du Jour’ on thestage). Today’s entry on the blog itself? I would rather be pissed than give a blow job.

Is this laziness on the part of commissioning editors, or acknowledgement of the role online can play in the offline world? I would like to think that the more considered opinions of Panorama editorial teams and ITV script-writers will shed more light on these issues, but I fear they will simply choose the blog-lines they consider newsworthy or, heaven forfend, titillating – several months too late.

One thought on “The blogosphere is leaking into the real world”